Among the former Soviet republics, Russia has a fairly humane migration law with a respect to citizens with second citizenship. Russian legislation does not prohibit the possession of a second nationality, but if a Russian citizen has managed to obtain a foreign passport or permanent residence permit, the law requires that the migration authorities of the Ministry of Internal Affairs be notified.

Russian legislation provides for automatic citizenship to be granted to children whose parents (at least one) are Russian citizens. In other words, entry into citizenship is by "blood". In the United States, Mongolia, Cuba and a number of other countries of the American continent, citizenship is obtained by birth on their land, i.e., on a territorial basis. In this case, a child born by parents, citizens of the Russian Federation, on the territory of the United States automatically obtains both citizenships, and there are no illegal actions in this regard.

The procedure of entry into the citizenship of the Russian Federation do not implies the renunciation of the present citizenship own country.

How can a Russian citizen obtain second citizenship?

* The United States, Cyprus, Australia and the United Kingdom are countries that officially allow the second citizenship.  Russians who move to Cyprus have the rights to obtain citizenship of Cyprus, while remaining the citizens of Russian Federation.

* A child whose parents are citizens of Russian Federation is born in a country where citizenship is obtained by birth (USA, Canada, Cuba, Mongolia). In this case, the child may have two citizenship.

* Honored Worker of Culture or Sports obtains Russian citizenship. As a rule, the Migration Service of Russia is quite loyal to this category of citizens, and does not require withdrawal from present citizenship.

* A citizen of Russian Federation goes through the process of repatriation, proving his or her national belonging to a particular national group, obtains citizenship of a foreign state
Notification by the Migration Department of the Ministry of Internal Affairs of second citizenship or residence permit abroad

As already described in this article above, starting from August 4, 2014, a Russian citizen who has a second citizenship or a residence permit in a foreign country must notify Russian migration authorities. Otherwise, the person may face a high fine or even a criminal proceedings.

Russian citizens living abroad with a residence permit, wishing to return to Russia, must withdraw from the consular register, cancel their permanent residence permit in the country of residence, and only after completing all these procedures, coming back to Russia, will be able to get local Russian passport.

After a living for a long time in a foreign country it is not always desirable to refuse foreign residence permit which gives free visa entry, the right to work and other benefits.  It is always advisable, before starting such serious procedures, to contact a qualified lawyer who works in the migration environment, who will be able to conduct the process of legalization with the least for you losses 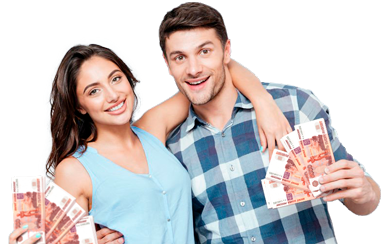